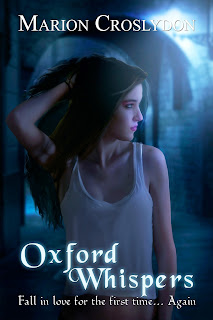 Synopsis from Goodreads:
Madison LeBon is dead set against the dead.
Her fresh start at Oxford University is a brand new beginning. She finally has a chance to turn the page on her psychic powers and cumbersome voodoo heritage. Snakes, dolls, ghosts, and spirits: Farewell…
Not quite.
When the tragic lovers in a painting—the subject of her first history class—begin to haunt her, she must accept her gift before life imitates art. The lovers warn her against their own nemesis, a Puritan from the English Civil War. Unfortunately, said nemesis is now going all homicidal on Madison.
College becomes more complicated when she falls hard for Rupert Vance, a troubled aristocrat and descendant of one of the characters in the painting. With the spirit of a murderer after her, Madison realizes that her own first love may also be doomed… 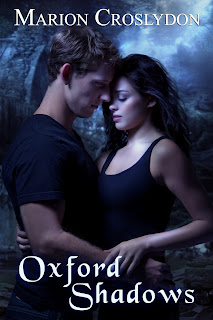 Synopsis from Goodreads:
When death is a new beginning and love an old curse.
Still recovering from her last tango with the afterlife, Louisiana-born Madison LeBon struggles not only with her life as an Oxford postgrad but also with her budding love for Rupert Vance, aristocrat extraordinaire. One thing is certain, though: she won’t run away from her powers anymore. From now on she’ll face the music …
… literally!
When a sixteenth-century ghost makes an appearance during a classical concert Madison attends and threatens her boyfriend’s family, she sets out to explore the dark mysteries of the Tudors, even if that means confronting their most royal and homicidal character.
Her plans take an unexpected turn when her voodoo heritage catches up with her. With horror, she understands what her fate was always meant to be.
The question now is: Can Rupert be part of it?

Review:
This is the second book in the series. My review for the first one is linked underneath the summary for the first book. Let me start out by saying I have not been in a good head space lately for reading. I have been in a slump. Whether it's end of college semester exhaustion or what I don't know. I really loved the first one, so I went into this one with a positive attitude. I still loved Madison and her personality. She is independent, even thought it might be a touch on the too much side. She is caring and smart. She did make some stupid mistakes though. Even, Rupert has grown on me more. I had a hard time staying focused on this book, and my attention kept getting distracted away from it. The events moved rather slowly. It does start picking up towards the end. There was quite a bit of mystery. There is new characters added to this book that help add that element of mystery. There are a lot of new surprising revelations. As with the last book I kept trying to solve everything ahead of time, and think ahead. I turned out to be wrong several times again. Right now I am going to give it a 3.5 out of 5, which means a little more than liked it. When I am out of my slump, I will read it a second time and if my thoughts have changed. I will write a new review if they have with a new rating. Either way I definitely suggest this series to you, and I will definitely be checking out the next book in this series! 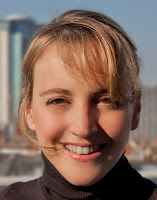 In addition to being an author, I work as an entrepreneur, wife and mother-of-one but spend a good deal of time with books, DVDs and listening to my mp3 player; all for the sake of inspiration, of course.

My debut series, The Oxford Trilogy, has been a blast to write because I can indulge in my favorite types of music: Country and English rock.

My main goal as a writer is to make readers dream bigger and cause their hearts to beat a little faster.

Since my writing is all about sharing dreams and stories, I love connecting with fellow readers and authors.