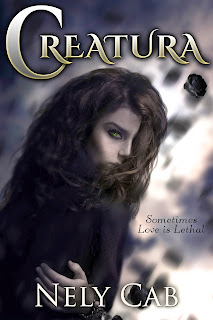 Blurb:
Isis can control her dreams. Or she could—until recently. The creature in her nightmares has been haunting her for months. As if being dumped wasn’t bad enough, now she dreads going to sleep. She decides to confront the creature and win back some of her peace; only, she finds that he’s not a monster and he’s not a dream.

A sacrifice for love, a shocking discovery and a jealous ex-boyfriend blur the lines between reality and dreams, making it hard to tell who the real monsters are. 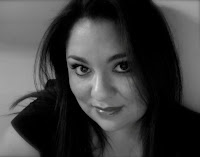 Nely Cab was born on December 9, 1974, in Matamoros, Tamaulipas, Mexico. She has lived and resided in South Texas most of her life. In 2001, the author relocated to Monterrey, Nuevo Leon, Mexico, where she dedicated time to the study of culinary arts and the art of oil painting.

After her return to the U.S., she resumed her employment in banking and in the following year transitioned to the field of Social Work. Later, Nely took up writing as a hobby and produced her first novel entitled "Creatura".

Last year, the rights to "Creatura" were sold to a leading Young Adult publisher in a foreign country, where it has just recently been released.

Today, Nely Cab writes from the comfort of her home in South Texas, where she lives with her husband and son. Currently, Nely is working on the second installment in her debut series "Creatura".

Excerpt:
At the entrance to the school, I found David sitting on a red brick bench, waiting for me.
“Morning,” I said, looking away for a second as I wiped the girlish grin from my face. I was remembering last night’s kiss.
“Good morning.”
He opened the glass doors for me, then took my hand and asked me to follow him to a semi-empty area across from the glass doors and windows. He gave me a gentle push and my back touched the wall. He leaned close and placed his finger on my lips. His touch sent tiny electrical shocks through every fiber of my body.
“I crave your lips. Give me but one taste and I’ll ask no more.”
I shook my head turned away, but he turned it back so that I was looking straight into his eyes.
“Why do you insist on this?” I asked.
“Why else would I crave your lips if I didn’t already know the sweet nectar that they possess?”
“No,” I said, shutting my eyes to keep from starring into his mesmerizing blue gaze. “It’s forbidden.”
“It’s as forbidden as the illicit fruit of Hades, but even he has eaten from it.” 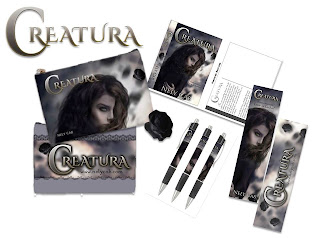 a Rafflecopter giveaway
Posted by A Passion For Reading at 2:34 PM