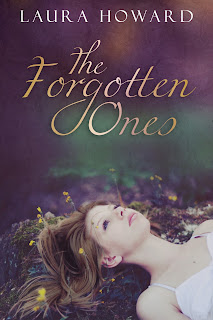 Book Description:
Allison O'Malley just graduated from college. Her life's plan is to get a job and take care of her schizophrenic mother. She doesn't have room for friends or even Ethan, who clearly wants more.

When Allison's long-lost father shows up, he claims he can bring her mother back from the dark place her mind has sent her. He reveals legends of a race of people long forgotten, the Tuatha de Danaan, along with the truth about why he abandoned her mother.

Five Facts about The Forgotten Ones Part 2
By Laura Howard

1. In the first draft of The Forgotten Ones, there were all manner of fantastical creatures such as faeries, pixies, and ogres. One of my editors told me to consider changing that to keep it from feeling too cartoonish.

2. I started writing the prequel to The Forgotten Ones, which tells the story of Allison’s parents. It takes place in 1991. How awesome would that soundtrack be?

3. The Queen of Tir na n’Og, Saoirse, got her name from the star of The Host, Saoirse Ronan. But her character is heavily based on Galadriel from Lord of the Rings.

4. When I started writing The Forgotten Ones in 2009, there was no such thing as “New Adult”. I had no idea that novels with characters between ages of 18-23 were taboo in the publishing industry back then.

5. I drew little maps of the inside of Allison’s and Ethan’s houses while I was writing the first draft of The Forgotten Ones. 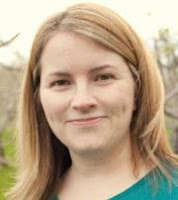 Laura Howard lives in New Hampshire with her husband and four children. Her  obsession with books began at the age of 6 when she got her first library card. Nancy Drew, Sweet Valley High and other girly novels were routinely devoured in single sittings. Books took a backseat to diapers when she had her first child. It wasn’t until the release of a little novel called Twilight, 8 years later, that she rediscovered her love of fiction. Soon after, her own characters began to make themselves known. The Forgotten Ones is her first published novel.

To see other stops on the tour for reviews, guest posts, and excerpt click here or the tour button below. 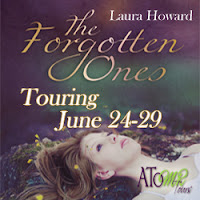