Book Description:
Facing an unstable future, Chela Prizeon leaves Castle Hayne and crosses over to enemy territory in pursuit of Faris--the boy of royal blood who is cursed by a bitter rival. But soon Chela learns that he has been taken deep into the treacherous frozen prisons--a majestic, but deadly place where people enter and are never seen again. To find the boy she loves, Chela must join forces with one of her greatest enemies. And even though she pulls strength from the good in her powers, she finds herself drawn to the dark side's temptation as well.

Narrated from both Chela's and Faris's point of view, this enchanting sequel to When Copper Suns Fall will take them on a voyage into unknown lands, where the dark, twisted, and revengeful wait to make this their most dangerous journey ever. 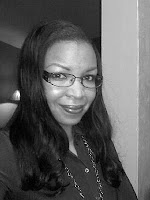 I live in the City of Alchemy and Medicine, North Carolina. I write about people doing fantastical things in magical worlds. Sometimes they fall for each other and make sacrifices for their friends. Oh, and sometimes they love music and nature too. I live with my two sons,a guinea pig, a cat, and two dogs. Now that I have completed my MFA in creative writing, I find that I have a little extra time to play CLUE more often. I live in an L-shaped house dedicated to my grandmother. It has a secret library complete with fairies, venetian plastered walls, and a desk made out of clear blue glass.

The Lost Immortals: When Copper Suns Fall is my debut novel.

Smashwords: https://www.smashwords.com/books/view/103612
Posted by A Passion For Reading at 12:00 AM