Layla
Layla Callaway has found comfort in her new role as a coven member, and she’s declared her love for the heartthrob who led her home, but as beautiful as her life appears, it’s shadowed by the evil threatening to rip it away.

Quin
After years of meaningless flings, Quin Kavanagh has finally found love in Layla and yearns to keep her close, but the strength and longevity of their relationship is tested by Finley, a powerful wizard who promises to rid Layla’s life of danger… then claim her as his reward.

The Enemy
They’ve attacked once, leaving Layla with grievous injuries, and the worst has yet to come. The Stranger has drawn closer than anyone knows. And with the disappearance of his lieutenant, Agro is on a rampage, determined to get his witch… or make her family pay.
Stretching from coast to coast and teeming with loathed villains and beloved heroes, The Mystic Series is rich with emotion, magic and intrigue. Whether the reader is laughing, crying or falling in love, they'll find themselves invested in Layla's fate through the rich dialogue and emotionally driven characters that weave the web of this fiery tale.

B. C. Burgess is a small town girl born and raised in Oklahoma, where she still resides with her devoted husband and their young son. She’s addicted to coffee and writing and thinks the combination is heaven. Inspired to write by her love of reading, she feels fiction provides a healthy escape from the hardships of life, and hopes her stories touch the hearts of her readers, just as she’s been touched time and again. Though most of her visions flower in the form of fiction, she dreams of the day her passion for writing, along with determination and hard work, will prove to her son creative dreams can come true.
If you like the tales B. C. weaves, let her know. She loves hearing from her readers. 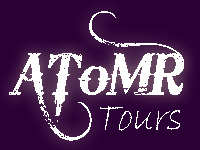 Excerpt:
The enchanted guestroom was even more beautiful than Layla remembered, so she rushed her bathroom routine, anxious to return to the moonlit meadow. Quin was already on their blanketed hill, magnificently stretched out in nothing but pajama pants, so Layla stripped down to her panties and crawled to the spot beside him.
“That was sexy,” he praised, pulling her closer.
She crossed her arms on his chest and propped her chin on them. “You’re sexy.”
He laughed as he brushed her hair back and took her cheeks. “I bet that’s the first time those words have ever left your mouth.”
“Did it sound stupid?” she asked, wrinkling her nose.
“No,” he assured. “It sounded like beautiful music.”
He drifted a finger down her spine, and she shivered while watching his eyes. Their espresso depths were very expressive, sometimes conveying more than his mouth, but they didn’t tell her everything she wanted to know.
“There’s something I want to ask you,” she said, taking an unexpected plunge.
“Shoot,” he offered.
Now that she’d jumped, she feared delving deeper, so it took her several nervous seconds to go on. “Why haven't you told me about your dreams?”

Giveaway per blog: (1) ecopy of DESCENSION (The Mystic Series, #1). Books will be gifted from Amazon or Barnes and Noble only.